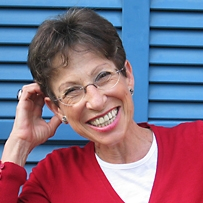 Ruth Wodak is Emeritus Distinguished Professor and Chair in Discourse Studies at Lancaster University, United Kingdom, and Professor in Linguistics at the University of Vienna, Austria.

Her research focuses on the development of theoretical approaches in discourse studies, organizational communication, identity politics and politics of the past, language and/in politics, gender studies, and, racism, prejudice and discrimination.

Combining several fields in discourse studies, she continues to develop the Discourse-Historical Approach, an interdisciplinary, problem-oriented approach which analyses the changes of discursive practices over time and in various genres. She is member of the editorial board of a range of linguistic journals and co‐editor of the
journals Discourse and Society, Critical Discourse Studies, and Language and Politics.

During her career, Professor Wodak has received numerous awards and honours. In 2013, she became a member of the British Academy of Social Sciences and in 2010, member of the Academia Europaea. In 2011, she was awarded the Grand Decoration of Honour in Silver for Services to the Republic of Austria; in 2010, an Honorary Doctorate from University of Örebro in Sweden; in 2008, the Kerstin Hesselgren Chair of the Swedish Parliament; in 2006, the Woman's Prize of the City of Vienna; and, in 1996 the Wittgenstein Award for Elite Researchers.

Re/nationalizing Europe: A Politics of Fear and Hope

Currently, we are experiencing the rise of right-wing populist parties, accompanied by a virulent (nativist) nationalism and related body and border politics, in most EU member states and beyond. Not only are borders being closed and walls constructed, in order to keep specific groups of people (refugees and immigrants) out; the programs also contain many elements of anachronistic and apocalyptic imaginaries of impending destruction, decadence and decay – should nothing be changed. Exclusive identities are being propagated, on national and EU levels, frequently associated with the traditional metaphor of “Fortress Europe”.

Thus, across Europe, we are confronted with political rhetoric adjusted to changing national and, to some extent also international, political conditions: new topics and arguments (Islamophobia, strong Euroscepticism, migration and asylum restrictions, and a return to monolingualism [knowledge of German/English/Danish required before migrants are allowed to enter the country; see Wodak 2011, 2015, 2017; Rheindorf & Wodak 2017, 2018]) have become salient. Moreover, by electing media-savvy leaders, these parties convey their messages by intensifying the use of comics, posters, social media, and even ‘pop’ (rap-songs).

In my lecture, I will first discuss the politics of fear, as promoted by far-right parties; and then turn to a counter-discourse, the politics of hope, as a different imaginary of inclusive national and European identities, identities accommodating the emerging migrant and refugee societies. As a case in point, I then proceed to some results of a recent interdisciplinary research project, funded by the Austrian FWF, on “The discursive construction of Austrian national identities 1995-2015”, where we were able to identify contradictory imaginaries and identity narratives, specifically in recent regional and national election campaigns 2015/16. Of course, attitudes towards the EU and European “crises” were part and parcel of these campaigns, I will analyze the various stages of these debates, from a multimodal and discourse-historical perspective.

-- Rheindorf, M. & R. Wodak (in press). “Austria First” Revisited: A diachronic cross-sectional analysis of the gender and body politics of the extreme right. Patterns of Prejudice.