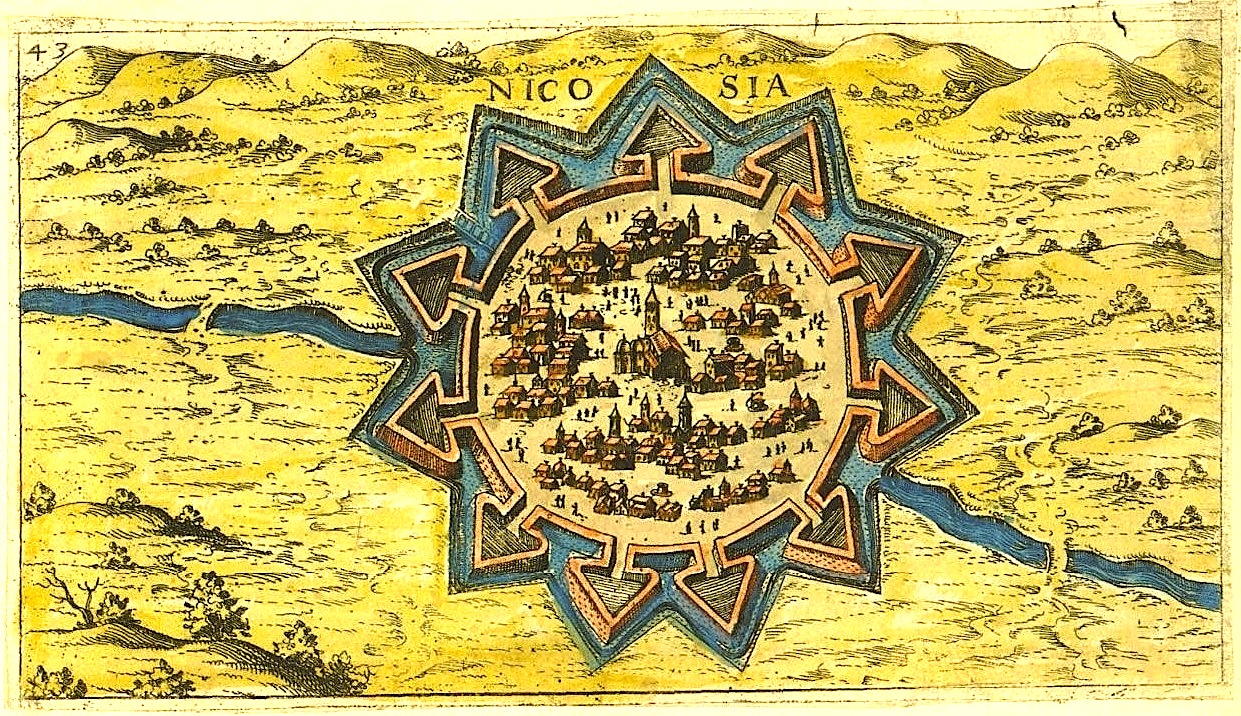 Medieval map of Nicosia. The star-shaped Venetian walls are the symbol of the City

Nicosia is the capital and largest city of Cyprus and the last divided city of Europe. It is located roughly in the centre of the island in the Mesaoria Plain and flanked by the beautiful northern range of 'Pentadaktylos' - the five finger mountains.

The City of Nicosia is a cosmopolitan city, rich in history and culture that combines its historic past with the amenities of a modern city. It is the island's administrative, financial, cultural and educational centre and a major international business hub in Southeast Europe.

The capital presents two distinct faces: the old part of the city, surrounded by sturdy Venetian walls over 400 years old, and a busy modern metropolis with skyscrapers and grand boulevards. 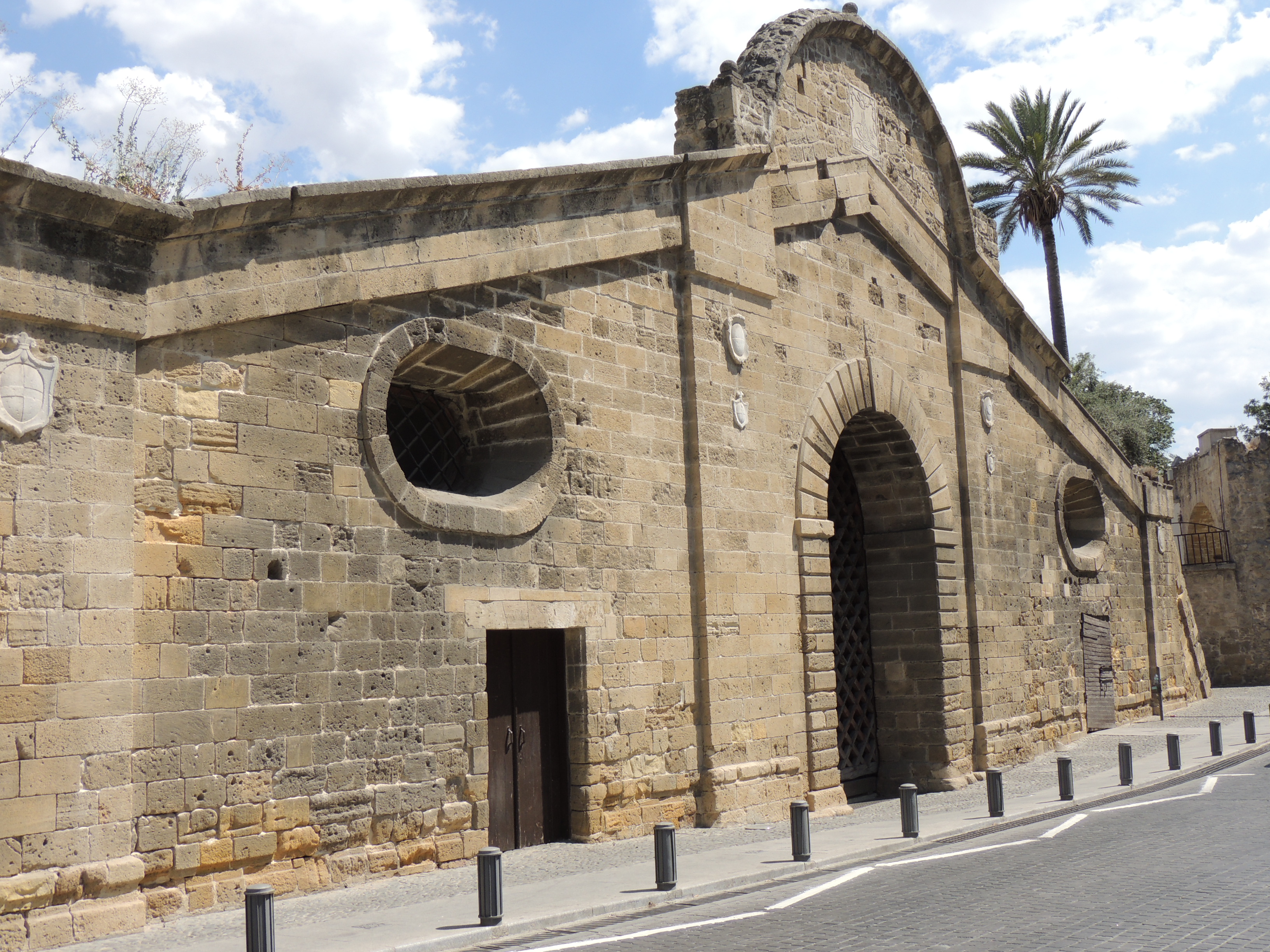 Famagusta Gate is the most significant of the gates of the Venetian Walls of Nicosia.

Built in 1567, the gate opened onto the road that led to the eastern part of the island, to the most important harbour town, hence its name.

It was originally known as ‘Porta Giuliana’ in honour of Giulio Savorgnano, the engineer who designed and erected the walls.

The gate has an impressive façade and consists of a large vaulted passage with a large domed room in the middle, 10.97 metres in diameter. On either side of the passage were oblong rooms for the guards.

Today the gate is used by the Municipality of Nicosia for cultural events. 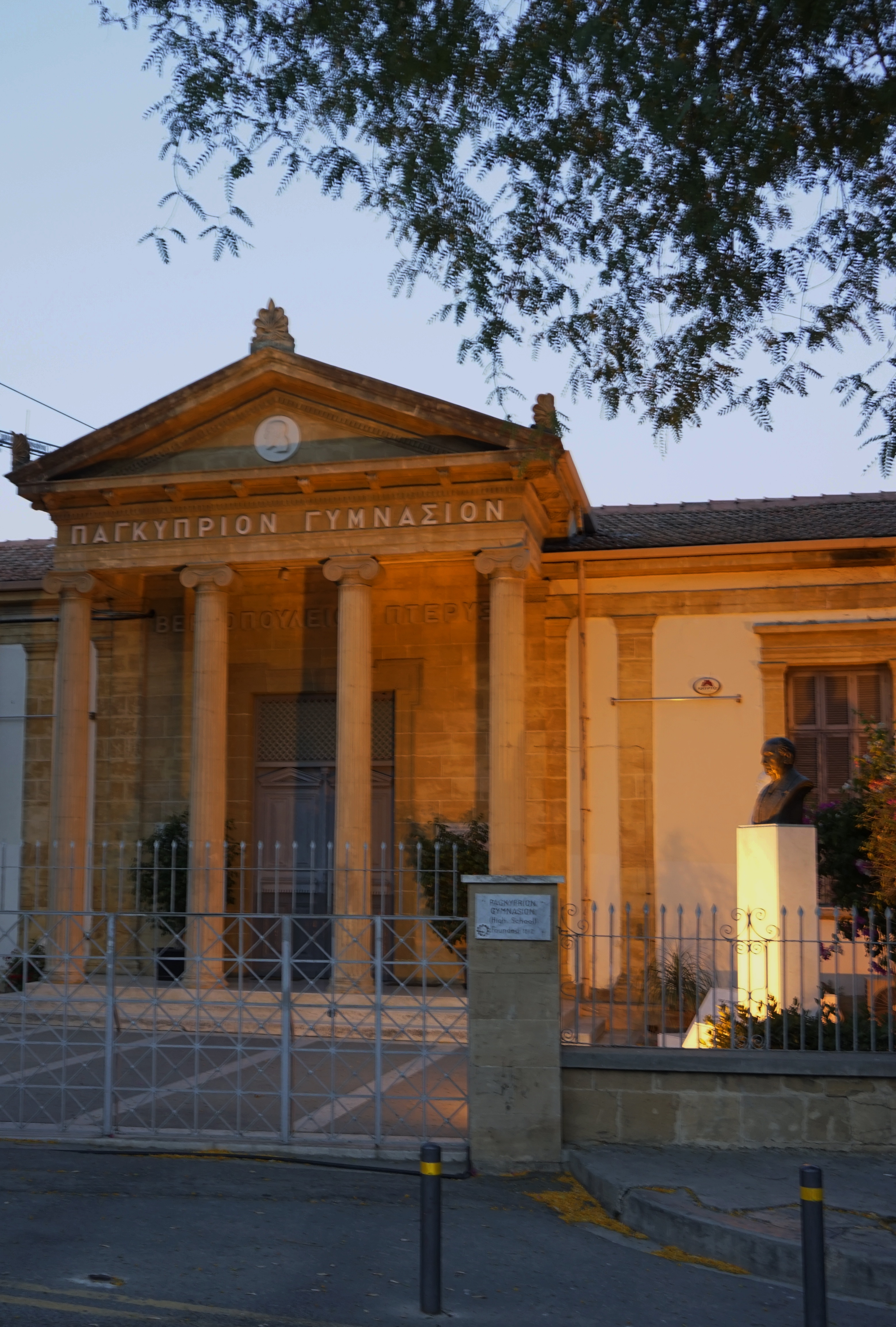 The Pancyprian Gymnasium was founded in 1893 at a time when Cyprus was under British rule, with the financial assistance of the Cypriot Brootherhood of Egypt and the initiative of the Orthodox Church of Cyprus.

Transplanted from Germany via Greece, it was established to offer Hellenic classical humanistic paideia and educate the Greek-Cypriot cultural elite of the island.

The neoclassical architecture of the school buildings is typical example of the Greek revival style that dominate school architecture in the first decades of the 20th century, as a manifestation of Greek nationalism on the island and the union (with Greece) movement.

The Gymnasium is today the oldest secondary education school still in operation and home to several museums including a gallery with the work of great painters and sculptors who served as teachers at the school.

Facing Old and New Archbishop's Palace, the Gymnasium is located at the Archbishopric Square - the heart of modern Cypriot politics at least since the 1820s.

Built in the 18th century, the Old Archbishop’s Palace houses today the Folk Art Museum. The New Archbishop's Palace is a two - storey stone and was constructed in the 1950s in neo-Byzantine style. It is the residence of the archbishop, housing also the Byzantine Art Museum. 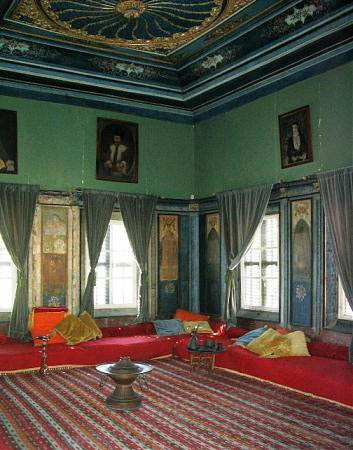 Built in 1793 with local bloc-cut sandstone, the Hadjigeorgakis Kornesios Mansion is amongst the most important examples of the Ottoman urban architecture of Nicosia.

The owner of the mansion, Hadjigeorgakis Kornesios, was a dragoman, the official interpreter for the Council of the Sultan.

The title of dragoman was one of the most prestigious titles given to Christians by the Ottoman authorities, giving the opportunity to its holders to accumulate wealth and power.

The house is situated in the neighbourhood of Saint Antonios, where wealthy Greek-speaking Christian notables traditionally used to live.

The mansion was awarded the Europa Nostra prize for its exemplary renovation work. It functions today as an Ethnological Museum. The Ottoman-style salon is the most impressive feature of the mansion.

Also located in the old town, the Omeriye Hamam was built in 1570-71 as a donation by Lala Mustafa Pasha to the city after the island became part of the Ottoman Empire. The hamam was dedicated to the Caliph Omar and the area became known as Omeriye.

The entrance of the building leads first into a small courtyard and then into the reception hall. This has a vaulted roof and an octagonal cistern in the middle. Behind that hall, there are two rooms of medium temperature and behind these the warm, vaulted room.

The hamam is still in use and after its recent restoration has become a favourite place for relaxation. The Hamam received the Europa Nostra prize for the Conservation of Architectural Heritage. 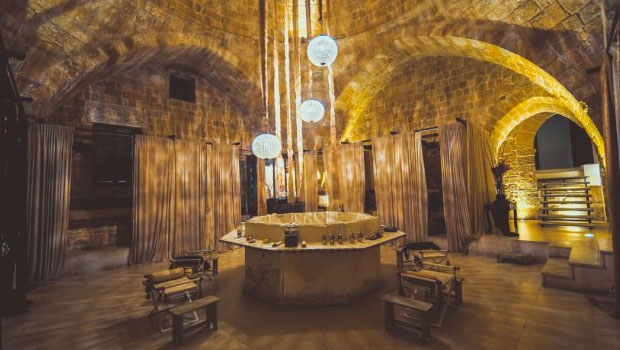 Built as a Π - shape building with a large inner courtyard, the Archontiko of Axiothea (Axiothea Mansion) is one of the most characteristic examples of urban architecture of the 18th century.

The Mansion is located in the Old Town, very close to the Green Line and at the heart of the neighbourhoods of Agios Kassianos, Taktakale and Chrysaliniotissa. These neighbourhoods are at the core of the drama of the Cyprus conflict, exhibiting many of its diferent, interconnected layers.

The neighbourhoods are today part of an ongoing restoration plan, itself a political project, one of reconciliation through memory reconstruction. Museums, trendy bars, expensive shops, cosy cafeterias and elegant restaurants are now part of the urban landscape, together with restored houses, churches, mosques and workshops.

Today, the “Archontiko of Axiothea” serves as a centre for cultural activities, exhibitions and literary seminars for the University of Cyprus. 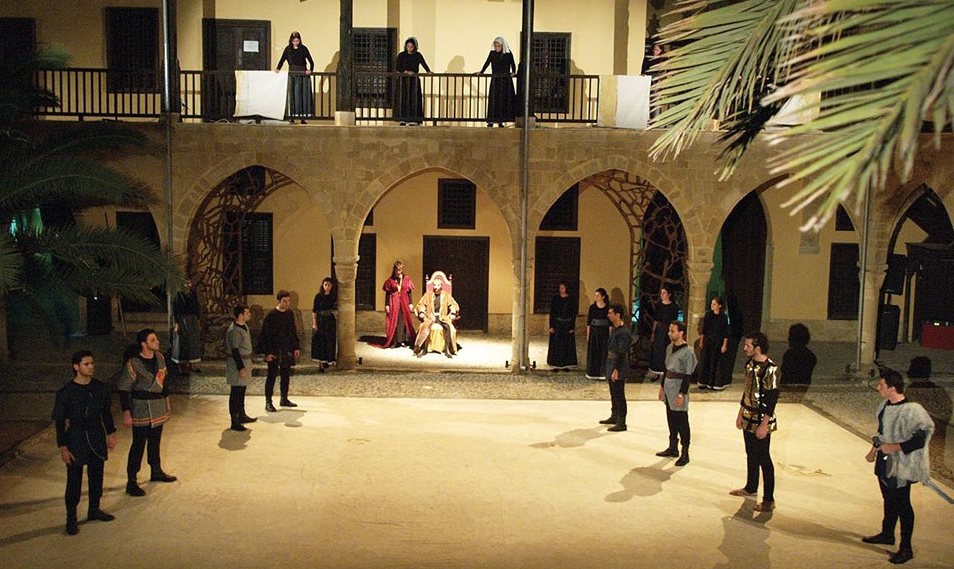 (b) the Greek Collection - works by Greek artists from the early 20th century to the 1930s, and,

(c) the European Collection - works by European artists from a range of artistic schools from the 17th century to the 20th.